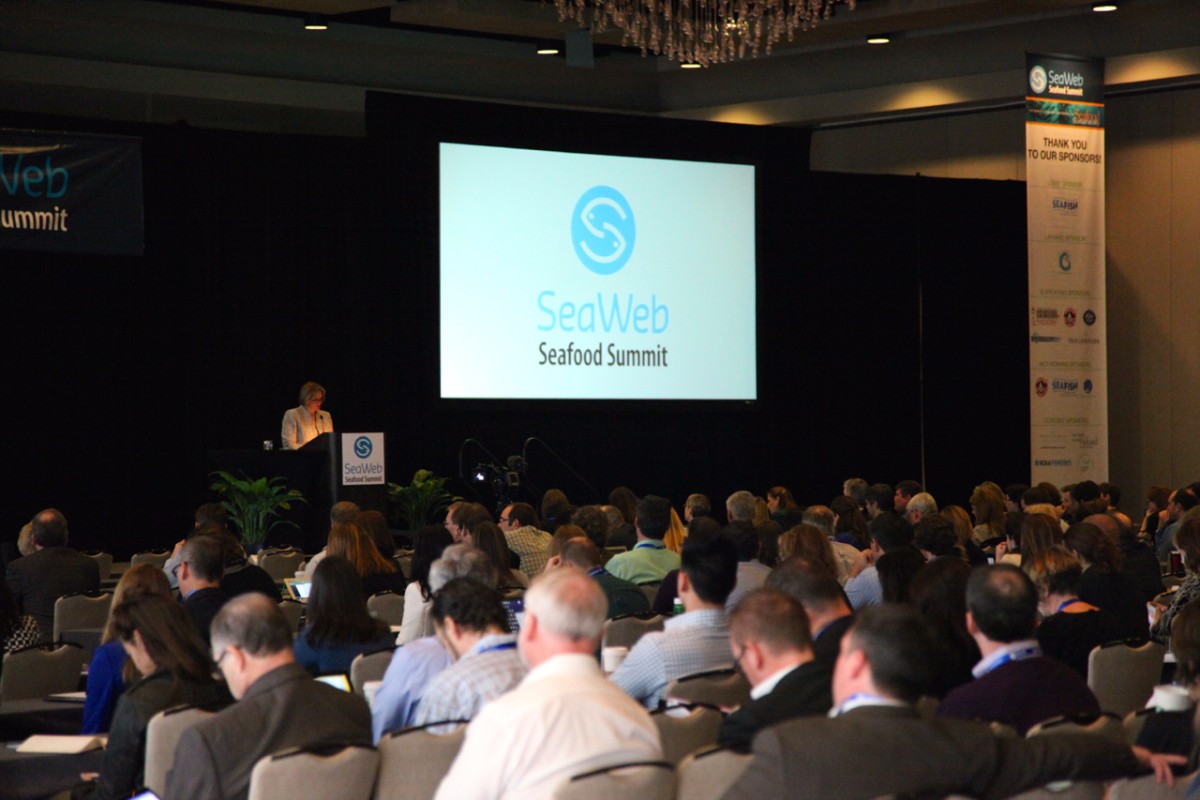 News
World’s premier conference on seafood sustainability in Malta
News Posted on May 20, 2016 by idesign

SeaWeb, an internationally-acclaimed NGO, chose Malta as the base for its annual Seafood Summit, and partnered with On Site Malta for the organisation of this prestigious event.

The SeaWeb Seafood Summit brings together global representatives from the seafood industry with leaders from the conservation community, academia, government and the media. The Summit has been running annually for the past 14 years, and is generally held in the United States. Malta, being an island which is so strategically located and having such an influential position on the fishing industry in the Mediterranean, has been chosen as one of the few European destinations to host this event.

On Site Malta as official partner

On Site Malta has been selected to partner with Diversified Communications, an America-based marketing agency, to contribute to the content and deliver the logistics of the conference. The team at On Site was firstly responsible for establishing opportunities for the conference organisers to understand the local scenario in order to design the conference programme and content for the plenary and concurrent sessions. Meetings with key people including the Director General for Fisheries and local Aquaculture centre were set up, as well as commercial fisheries, individual fishermen and local NGOs working in the field.

The Summit was held at the Hilton Malta where the conference centre was branded for the event, with specific areas purchased by sponsors promoting their cause or products. On Site Malta put together a pack of sponsorship opportunities with specific technical information which the organisers could use to sell branding space to their sponsors and partners attending the Summit. This included various posters and banners around the conference centre, signage and exhibition stands.

Another aspect of the Seafood Summit were the ‘Field Trips’, specific excursions which enabled the delegates to learn about the Maltese market, national policies and legal requirements in the seafood and fishing industry. Two field-trips were designed and well-attended by seafood specialists, including University professors and fishing company Executives from the global sphere. The first Field Trip was a pre-Summit trip which included a visit of the popular fishing market in Marsaxlokk, very early on a Sunday morning. After a stroll around the market and meeting with local fishermen, the participants were given the opportunity to meet up with the founder of a local NGO Fish-4-Tomorrow who could explain the local scenario and what the NGO has been doing in an effort to make the Maltese market more sustainable. The NGO spokesperson distributed Quickfish guides, which are small booklets highlighting which fish is sustainable and which is not, guiding people on what they should be consuming. This gave the delegates a good introduction to the local scene prior to the conference opening that afternoon. Following a very engaging Q&A session, a reception was held on the terrace overlooking the market, where different canapes made out of sustainably caught fish were prepared specifically for the group as a taster of the local sustainable produce.

The second Field Trip took the guests to experience a local commercial fishery, where fish had just been harvested and were in the process plant being packed for distribution to Italy. A typical Maltese lunch in an authentic farmhouse followed, allowing the guests to share their views from the morning, after which the delegates were taken on a visit of the local Aquaculture Research Centre to see how the different species are being bred locally and how the laboratories are conducting specific research for ongoing sustainable practices.

On Site Malta was also responsible for the creation of the Champion’s Seafood Awards Reception, an evening networking awards reception which recognizes individuals and companies for outstanding leadership in promoting environmentally responsible seafood. The evening started off with a welcome reception at the Lower Barrakka Gardens in Valletta, with the stunning backdrop of the Grand Harbour. An entourage with drums and trumpets welcomed the group to the city, and after the drink they escorted the delegates from the gardens to the magnificent Knights’ Hospital where the Awards were being held. After the awards were announced, the winners could proceed to a specially designed photo area for an official photo and interview, during which a reception kicked off in the beautifully vaulted La Valette Hall – an original hall from the Knights’ period which used to serve as a hospital ward back in time.

Great feedback was received from all organisers and participants attending the Summit, stating that the event was a true success and that they have finally discovered Malta. On Site Malta is proud to have been instrumental to the success of the Seaweb Seafood Summit, attended by about 400 delegates, field professionals from around the globe.

“I had the pleasure of working with On Site Malta as our DMC this year to host Diversified’s Seafood Summit. I am thrilled to give a testimonial to the incredible service On Site Malta provided to us throughout our planning process and production of our conference. From the beginning, On Site Malta stood out as an exceptional resource with highly-skilled and professional staff. They were responsive, quickly grasped what our goals were, and provided competitive pricing. We had a wide range of events and needs that they fulfilled with an attention to detail I honestly have not experienced anywhere else.

It was clear to us that On Site Malta understood all aspects of producing an event, had the resources to provide everthing we needed, and excelled at delivering everything on time and on budget. It was also evident that they had excellent relationships with the hotel, AV provider, and the local restaurants, businesses and government.

Malta is a completely unique place and the island’s people leave a lasting impression. From the history, to the friendly vendors we have worked with like On Site Malta, the experience is unmatched in my opinion and one I’ll always remember!”