On Site went off site 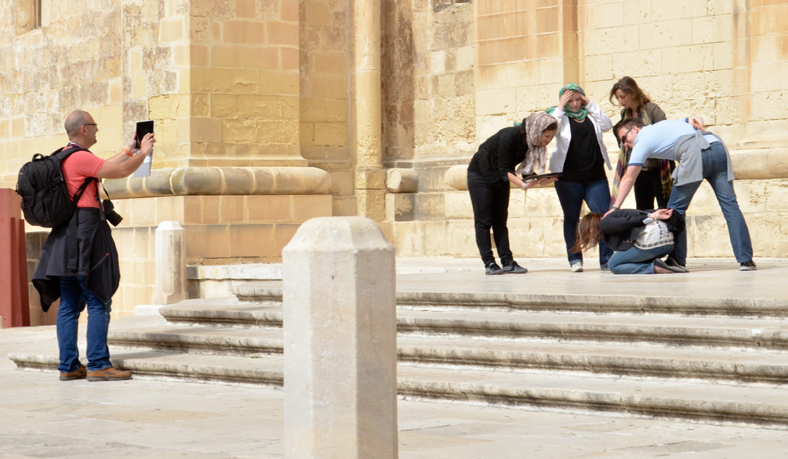 News
On Site went off site
News Posted on April 5, 2013 by idesign

On Site went off site…with their incentive partners. What better way to start your April than by participating in a light hearted adventurous day out? And that’s what most of the Maltese hoteliers did!

On the 1st April of 2013 dawned on a sunny Monday morning, where 20 of the tops sales and operations managers and executives from the main hotels on the island joined us at our offices for some snacks and drinks and a briefing of the day ahead. The challenge for the day was the tailor made iPad Challenge, which is unique for Malta through On Site Malta. This activity, ideal for an incentive for both the young and young at heart was explained, including how the iPad works, how the locations will be found and what challenges lay ahead.

Teams were split evenly between On Site Malta staff and the hoteliers, and off they went to the capital of Valletta on board an open top bus. Adventure and fun started right away, with everyone in high spirits and enjoying a day out in the glorious sunshine!

With different routes that still crossed each other, the teams endured a series of challenges that saw them interacting with the locals, the tourists and the city itself. From re-enacting famous movie scenes, to recreating priceless works of art and monuments, most of the time the results were comedic!

The inbuilt personalised app within the iPads provided the pre-programmed route, while with the latest iPad technology, the answers to the light questions were being sent to the control centre and rated promptly, allowing for a live ranking of how each team was performing. All routes ended at the Valletta Waterfront, home to Malta’s Grand Harbour, where everyone enjoyed drinks and snacks while the scores were announced. The day was enjoyed by all those that attended and sorely missed by those that couldn’t make it!