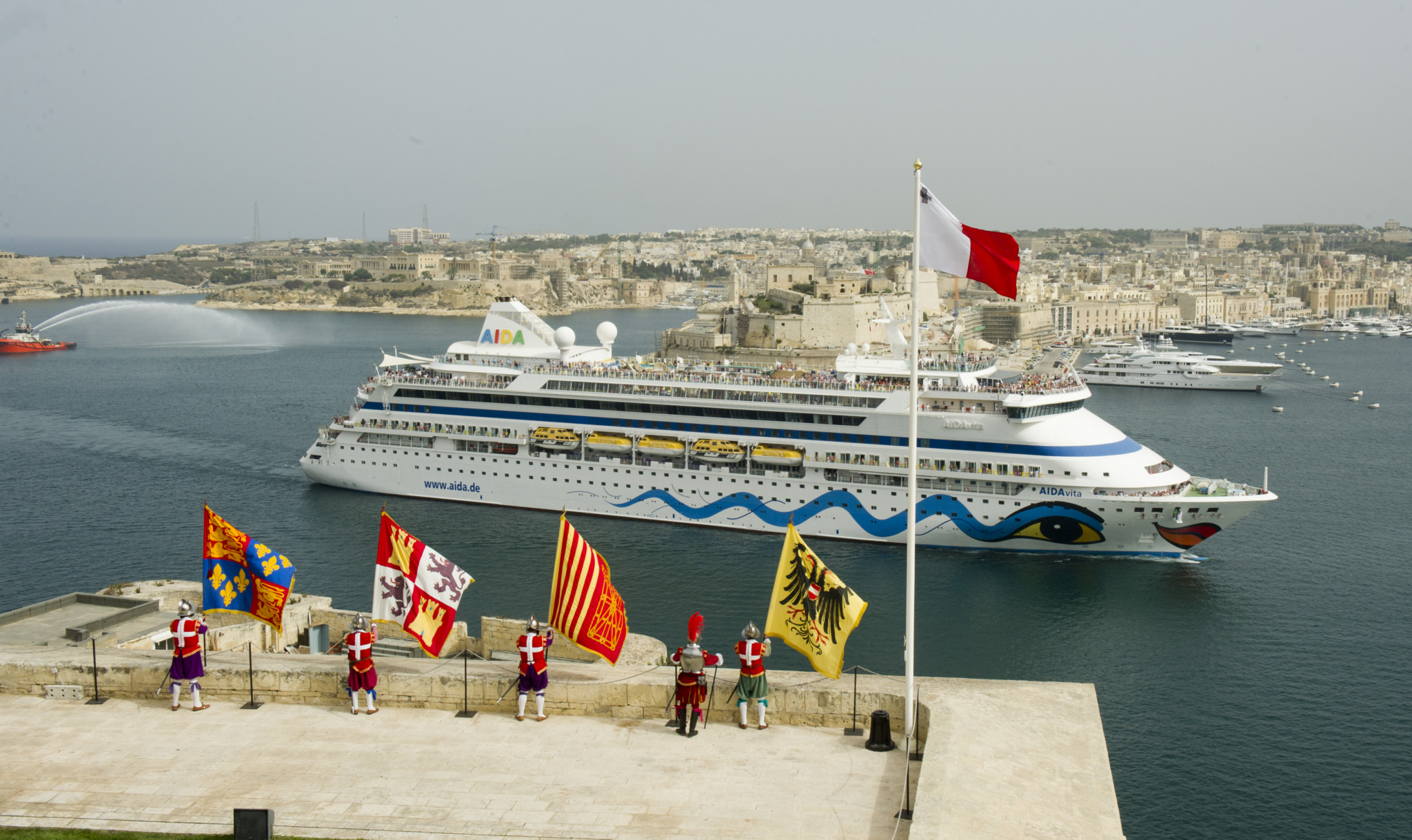 Two years of intricate planning, two weeks of set-up with over 200 crew members,  and two days of intense rehearsals by the international artists and their troupes, led up to the largest event ever held in Malta which entertained some 7000 guests. The Valletta Waterfront, a busy, operational cruise port and business hub was the chosen venue, which was beautifully transformed for this special event.

An extraordinary event in Malta

For the first time in history, all four AIDA cruise liners approached the Grand Harbour and majestically sailed in, one by one, to a full 7-round canon salute for each vessel. The ceremony was looked onto by the one hundred VIP guests who waved the ships in from the Upper Barrakka Gardens, triggering an uproar of cheers from the passengers on each ship as they entered the Harbour.

The guests disembarked onto the specially constructed platforms and into their designated areas to enjoy the show which included:  past and present German and International singers, musicians and DJs, high-tech projections and fireworks. Several bars and seating areas were set up along the promenade and the quays and shuttle services operated to the hotels and to the ships. The ships vacated the Harbour a couple of hours after the event ended, and Valletta Cruise Port and its businesses were restored to resume normal operation the following day.