7000 years of fascinating history have left their mark on all 7 sunny Islands, situated in the heart of the Mediterranean Sea. Spread over just 316 sq km, the Maltese Archipelago with its 400,000 inhabitants, is one of the smallest countries in the world:

Malta – the main Island, whose Grand Harbour was turned red by the most famous battle in 1565. The Great Siege, was gloriously won by the Knights of the Order of St. John who then built the capital city Valletta and left a timeless legacy. More recently in 2014, The Grand Harbour was painted in red, green, blue and yellow and used as a prestigious setting to commemorate the Anniversary of a major European financial company.

The main entrance to Valletta, the City built by gentlemen for gentlemen, was given an innovative facelift by the avantgarde architect Renzo Piano who stylishly adapted the grandmaster’s La Valette architecture from the 16th century to blend smoothly into today’s fast-paced, technological world. Valletta is now a historical, vibrant city bursting with life, innovation, art and culture. 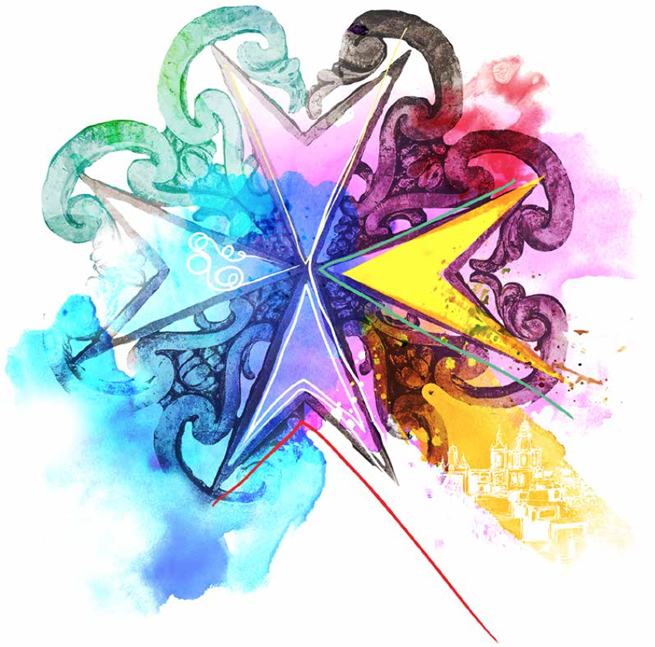 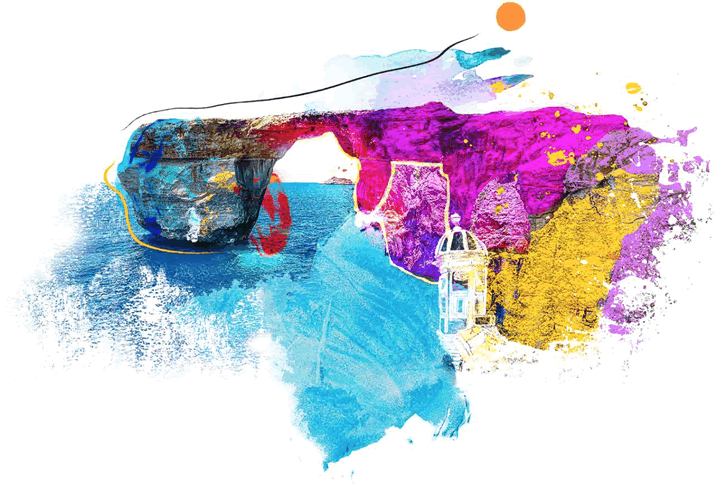 Malta’s little sister whose whole population of 5,000 inhabitants was taken into slavery in just one day in the 16th century, is nowadays inhabited by 37,000 people, accounting for nearly 10% of the Maltese population. The charming island thrives on agriculture and is known for its hidden coves, natural rock formations and breathtaking viewpoints. Sea salt which was worth as much as gold in the 16th century can nowadays be purchased for a few euros directly from the salt pans where it is produced. The salt pans are also the prime spot for exclusive lunches or spontaneous coffee breaks whilst Dwejra’s historic watchtower with its amazing sunset, is a fabulous venue for dinner.

The tiny island with a permanent population of just 4 inhabitants sees some 300,000 visitors in the summer months, approximately ¼ of all tourist arrivals. Comino is ideal to visit by boat to bathe in the famous Blue Lagoon or dive in the mysterious caves. It is also the ideal location for a ‘survival’ activity for your management team during the shoulder months.

The once impregnable Fort Manoel sits proudly on its own island opposite Valletta which is now joined to mainland by a bridge. The venue with its majestic backdrop its the ultimate location for magical events using the natural backdrop of Malta’s stunning Capital City.

A tiny barren islet surrounded by cliffs situated just off the Southern Coast. In the 1970s it was used as target practice by the Royal Navy and Royal Air Force. It is said that there many unexploded bombs on the islet. It is also a breeding space for seabirds and is in fact a protected nature reserve.

The symbolic islands where the apostle St. Paul is said to have been shipwrecked around 2000 years ago and introduced Christianity to the Maltese population. The Roman Catholic religion still prevails in Malta – it is the official state religion and there are around 365 churches in the Maltese Islands, one church for every day of the year. St Paul’s islands is also a perfect cove for your private boat party!

The once impregnable Fort Manoel sits proudly on its own island opposite Valletta which is now joined to mainland by a bridge. The venue with its majestic backdrop its the ultimate location for magical events using the natural backdrop of Malta’s stunning Capital City. 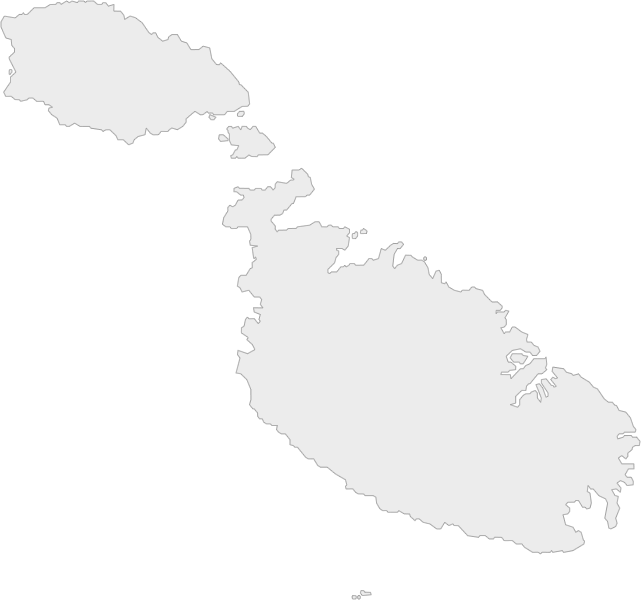